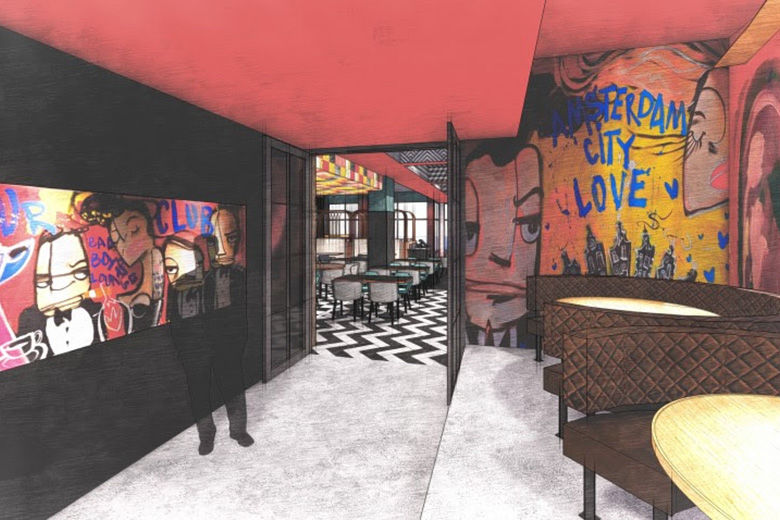 Five years after the official opening of The Harbor Club Amsterdam South, the high-end restaurant reopens with a new look and feel. In addition to a substantial expansion of the restaurant, the entire interior is subject to a facelift. Together with the Apollo Hotel Amsterdam, of which the restaurant is a part, everything has been thoroughly taken care of and the entire interior was given a completely new look and feel. The hotel has given 174 rooms a makeover in the style of the 1928 Olympic Games. At The Harbor Club the interior has been adapted to a true look and feel in 2020: a characteristic, stylish venue for experience, entertainment, true food, luxury and glamor.

The success formula of The Harbor Club remains unchanged. An evening at the Harbor Club guarantees intense and pure enjoyment. During the restyling of the restaurant, the number of seats was expanded and an extra sauce of the real “Harbor Club Style” was poured over the restaurant. With impressive art, a walk-in wine cabinet, open kitchen and the very best ingredients on the international menu you will experience a complete evening out. The terrace also gets a big makeover and opens in the spring, so that everyone can enjoy lunch, drinks and dinner by the water again this summer.The Harbor Club Amsterdam South will open its doors again on Tuesday 18 February. The renewed terrace of The Harbor Club Amsterdam South will be opened in the spring.

Makeover Apollo Hotel Amsterdam
In addition to The Harbor Club, the Apollo Hotel Amsterdam has also been renovated. The hotel opened its doors in 1928 as a pavilion for the Summer Olympics. In 2017, the hotel lobby was already renovated and 49 rooms were transformed into Design rooms and suites. With the Olympic Stadium just around the corner, the last 174 rooms have also been redesigned, inspired by the Olympic Games that have played such an important role in the history of the hotel. The entire room interior, including the beds, have been replaced and the walls are decorated with a special design of the Olympic Games, including a unique set of mirror frames with images of the 1928 Summer Olympics.

In addition to the renovation of the rooms and The Harbor Club, Apollo Hotel Amsterdam recently introduced restaurant concept “The Living Room, by Bodon” in the former lobby bar. Here guests can meet each other in a relaxed atmosphere, enjoying accessible dishes with a French cachet, while enjoying the beautiful canals of Amsterdam. The design of The Living Room, by Bodon, just like the Design rooms, suites and lobby, can be called extravagant, using materials such as velvet and leather.

The Apollo Hotel Amsterdam is located at the intersection of the five canals in the stylish district of Amsterdam South. The Apollo pavilion opened its doors to the Olympic Games in 1928. Despite the rich history of the building, the renewed concept fits perfectly with the contemporary allure of the city. The Apollo Hotel Amsterdam has 223 rooms & suites, 5 multifunctional rooms, a business center, fitness and parking. The culinary facilities of the hotel are “The Living Room, by Bodon” and “The Harbor Club Amsterdam South”.www.apollohotelamsterdam.com