Van Life Is Clutch: Look At That S Car Go 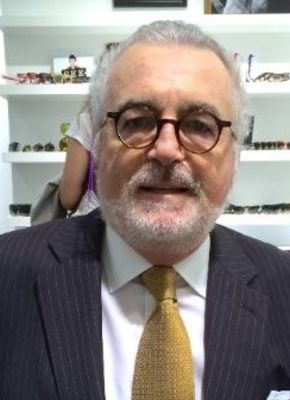 First there was the Greatest Generation, then came the Baby Boomers, the Yuppies, the Gen X, the Millenia.

Well. Not everyone loves living in their parents’ basement. The days of children reaching their thirties and watching the tube until 4am for free are getting old.

The Van Life generation is upon us: they are in college, on a gap year, or recently graduated. And they want to see the world, and they could do without a monthly rent to pay. Need to go to the bathroom: Starbucks it is. Need to take a shower: just be a member of a multi-location gym and use their facilities wherever the road takes you.

Hence the van life. I will let the following 2016 article from the New York Times go into this deeper. From our industry’s point of view, however, is there an opportunity to seize? You tell me.

Zach Both left his office job last summer, customized a Chevy van and hit the road. He hasn’t looked back since.

Zach Both was living in Boston and working as an art director for a 3D printing start-up when the road beckoned. He felt restless behind a desk. He had wanted to be a filmmaker since age 9. He knew he needed to take a creative risk. Then he watched a video of Alex Honnold, the free-solo rock climber, who lives in a customized van and travels from mountain to mountain.

Mr. Both, 23, decided to embark on what he called “a cool creative roadshow”: traveling the country and collaborating with local artists on short films. In late 2014, he paid $3,900 for a white 2003 Chevrolet Express van with 200,000 miles. With a Dwell-inspired sense of design and help from his father, he made it a rad home on wheels.

Last July, he hit the highway, heading west. He camped in the Grand Tetons of Wyoming, got stuck on a wintry road near Mount Hood in Oregon and spent Christmas with a family he met in Washington State. Lately, he has been driving the California coast, using Los Angeles as his base.

When Mr. Both bought the van, the interior was a dingy rust-speckled shell. He used 19th-century lath boards that he got free from Craigslist to sheath the interior in wood, built a futon that folds down into a bed, installed a stove used on boats and wired an ARB refrigerator to run on a Goal Zero solar generator. “The great thing was I had complete control: I could do whatever I wanted and design everything to the exact specification that I needed,” Mr. Both said. “My friends who are my age say, ‘It’s way nicer than the apartment I’m living in.'”

Early in his travels, Mr. Both felt the gravitational pull of Los Angeles. Rock climbers like Mr. Honnold, he realized, could drive to the nearest mountain to meet one another. But he wasn’t likely to find film collaborators in rural Idaho. So he parked in Los Angeles and began networking. He recently shot a short film, “Unseen, Unknown” at a fantastical antiques store in Culver City, Calif. The experience brought back memories of visiting the Santa Monica Pier as a child from the Midwest and seeing a movie being made, Mr. Both said: “I thought, ‘O.K., this is the place where this happens.'” A sun-faded postcard from that trip sits on his dashboard.

After a movie shoot, Mr. Both may drive out to Joshua Tree National Park or up into the mountains above Santa Barbara, Calif., to edit footage on his laptop. The van’s pop-out windows give him the kinds of views he never had at work, back when he spent his days in an office. “If I can do what I want to do in these interesting places and not at a desk, that’s what appeals to me,” Mr. Both said.

An actress whom Mr. Both cast in his short film asked him where he lived. He answered, vaguely, Los Angeles. But eventually he admitted he lived in a van that is often parked on the city streets. “Ooh … cool,” he heard her say after a long pause.

“It’s intrigue and being slightly put off,” Mr. Both said of the usual response. “Then I show them photos.”

He has written an online manual for aspiring van dwellers, which he calls The Vanual. It includes tips for stealth van living, like “never park in the same spot two days in a row,” but nothing so far on how to break it to a possible romantic partner that you have no fixed address.

“You tend to be by yourself quite a lot,” Mr. Both said of his nomadic life. “That’s the reason it’s not for most people.” He has made it a practice to say yes to social invitations and keep “forward momentum,” he said. “It’s always resulted in interesting experiences with interesting people.”

“When you hear Mountain View, Calif., what do you think: a beautiful town with mountains in the background, right?” Mr. Both said. “It’s an industrial park for tech start-ups. But then there are these places you stumble upon that you’ve never heard of that blow your mind.”

Previous PostHow Technology Can Transform One of Your Hotel’s Most Expensive and Important Departments – HousekeepingNext PostTintable Glass & Electricity-Generating Windows: Two Technologies Whose Time Has Come