Wrapping around a turquoise glacial lake and with snow-capped stretching across the horizon, Lugano, Switzerland is, like most other towns in the country, picture perfect any time of year. Interestingly, while we traditionally think of the nation as one of French and German-speaking cantons, a southern outcrop less than an hour north of Milan offers a third flavor heavily influenced by neighboring Italy.

Upon visiting for a day, Carlo Fontana, one of the owners of the Hotel Lugano Dante, was determined to make my wife and I, like all other guests, feel both comfortable and welcome. As he remarks, “The Swiss are the ultimate hoteliers; it’s in our DNA!” Through such renowned institutions as the Lausanne Hotel School (EHL), this reputation is all-but-globally accepted. But theory and practice are often divergent. Thus, it was my mission to check out this humble, 85-room, four-star property. 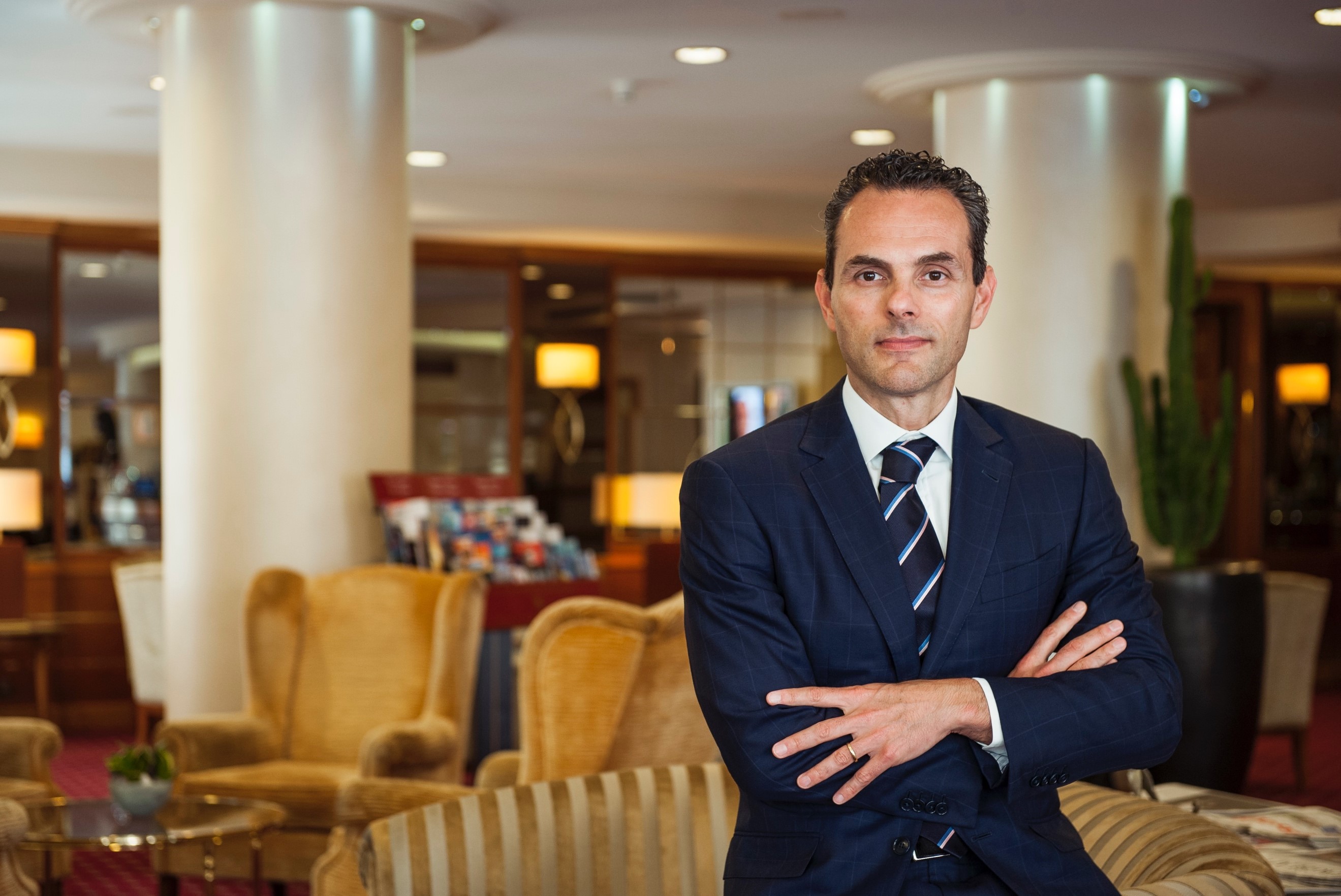 Hotel Lugano Dante is four steps from the funicular access to the train station. Once inside, the lobby is traditional and spotlessly clean. At reception, the greeting is both personalized as well as informative. Using pre-arrival questionnaire technology, the hotel has obtained all the necessary information to improve your stay.

First, your bags are taken to your room and you’re told there is no need to tip the bell staff, as they are well paid for their work. Second, you are provided with a map of the town. Noting my wife’s interest in shopping, they had already circled a few outlets that were having sales that day as well as identifying a location for a weekly flea market. They had also prepared two passes that would allow us to travel on all public transit free for the duration of our trip.

To create interest in the lobby, a small 3D printer was producing small ‘rubber’ duck sculptures in a variety of substrates. A three Swiss franc donation got you a sample. Having never seen one of these in operation, it was fascinating to watch.

The old-fashioned key on an oversized heavy chain and fob was a throwback, compared to current VingCard or equivalent. When asked about this feature, Carlo responded, “The key is a symbol. It is not just a piece of plastic that the guest throws away or forgets somewhere, but a recognition of the care and ‘old world’ quality of our property.”

As you would expect by now, the room was antiseptically-clean. While renovated just over a year ago, it was hard to tell that it was even used once. Interestingly, the selection of broadcast channels was extensive with offerings in ten languages. As another throwback, a yellow plastic duck with a note asked us to take him (or her) home to remember our stay – an excellent reprise of the duck printer in the lobby.

At night, pillowtop sound levels measured at 34 dB – very close to what we would consider absolute silence. Adding to that, there was a pillow concierge service to supplement a very spacious bed.

The next morning, complimentary breakfast was offered from 6am onwards, which was refreshing as it gave us enough time to eat and still catch an early bus to Malpensa Airport. As a final touch, when we handed back our key, we were given a clear plastic bag holding a dozen Swiss cookies. We were told that with our early departure, the chef was concerned that we might have been rushed at breakfast.

Most hoteliers could learn a lot from a stay at the Hotel Lugano Dante. Its commitment to the guest is both memorable and tailored to what’s needed, all through traditional methodologies that can be replicated by any property. Oftentimes, sweeping changes aren’t necessary to bring a hotel up to speed but a commitment to refining service delivery through the mastery of all the little things that make a stay complete.