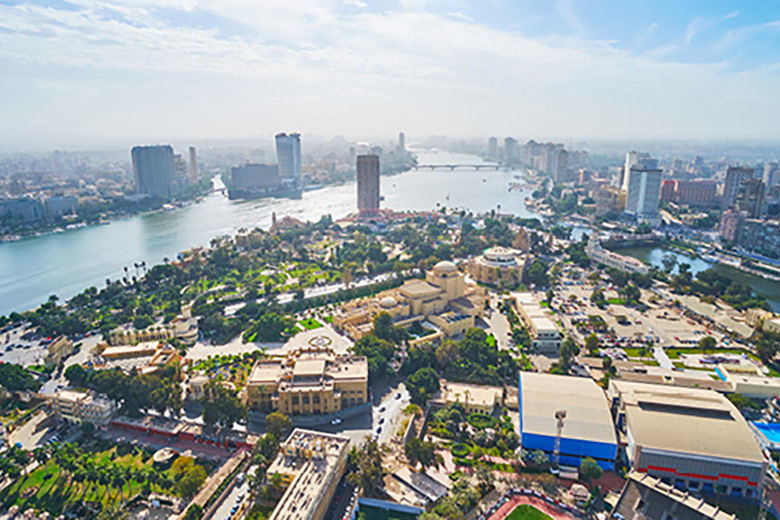 Elie Younes, Executive Vice President & Chief Development Officer, Radisson Hotel Group, said: “It is great to expand our footprint in Egypt with six new hotels. Egypt has historically been one of the most visited countries in North Africa and we strongly believe in its tourism industry in the long run. These hotels will make a great contribution to the local employment and we thank our partner Zaghloul Holdings for their continued trust and for their contribution towards promoting tourism in the country. We are further pleased to introduce two new brands to Egypt, Radisson Collection, positioned as the premium lifestyle and affordable luxury brand and Radisson as an upscale hotel brand”.

Hazem Zaghloul, owner of Zaghloul Holdings, said: “We have ambitious investment plans for the tourism sector in Egypt. We are confident in the future outlook for the sector with positive forecasts of increased visitor numbers and the significant investment in the tourism infrastructure of Egypt. We are also pleased to strengthen our relationship with Radisson Hotel Group, one of the world’s largest hotel groups and our trusted hospitality business partner. We look forward to continuing our successful relationship.”

Set to become the first Radisson Collection hotel in Egypt, the hotel will be part of a new mixed-use development that includes a shopping mall and offices. Located within the affluent Heliopolis district of Cairo, the hotel will be situated just 1km away from Cairo International Airport, the second busiest airport in Africa. The new hotel will feature 425 rooms and luxurious suites and four food and drink outlets. The meeting and events space will cover 2,000sqm and includes two ballrooms. While the leisure facilities will include a modern well-equipped gym and indoor and outdoor pools.

Situated in the same mixed-use development as the Radisson Collection Hotel Cairo Heliopolis, the serviced apartments will complement the hotel with 163 upper upscale apartments featuring one and two-bedroom and luxurious apartments. The serviced apartments will feature 400sqm of meeting rooms space and will include an outdoor pool. The Heliopolis district has a number of modern restaurants, cafes and other leisure facilities, and is home to Egypt’s three largest shopping malls.

Radisson Blu Hotel Cairo Golf City continues the Group’s strategic expansion into the north of Cairo with the development of an “urban resort” located 10km from CairoInternational Airport. Situated within Obour City, the hotel will be in a prominent commercial district that includes the offices and factories of a number of pharmaceutical companies and an industrial park conveniently situated next to the hotel. Golf City offers a well-established residential community and the hotel will be located in the center of the neighborhood next to the golf course. The hotel will feature 255 rooms, a gym and dining options including two international restaurants and a tea lounge. The meeting room space will cover 220sqm.

Radisson Hotel New Cairo will be located in New Cairo, an area south east of Cairo city and part of Greater Cairo metropolitan area. Featuring 107 rooms, a restaurant, gym and indoor swimming pool, the hotel will be the first Radisson branded hotel in Egypt. The New Cairo district houses a number of international companies, and the nearby leisure attractions comprise malls and sporting facilities including a golf course.

Radisson Hotel New Cairo is scheduled to open in Q1 2020.

Located in Ain Sokhna, a popular destination for domestic and international leisure guests, Radisson Hotel & Resort Ain Sokhna will feature 173 rooms and suites. The hotel will offer direct beach access in an area well known for the quality of its beaches and watersports and its proximity to the Eastern Desert. The hotel will feature an international restaurant and a nightclub. Leisure facilities will include three outdoor swimming pools and a gym. The hotel will be located 50km south from Ain Sokhna, on the western shore of the Red Sea’s Gulf of Suez, which typically has a pleasant Mediterranean climate.

Radisson Blu Hotel & Resort Makadi Bay, Hurghada is set become an impressive resort in one of Egypt’s main tourism centers on the Red Sea coast. The resort will feature 670 rooms and will offer direct beach access. There will be several food and drink outlets including three international restaurants, a beach restaurant and a nightclub. The resort will feature four swimming pools and a fitness center. The meeting and events space will feature six meeting rooms. The hotel will be located 25km south from Hurghada city center, along the Red Coast Sea, while Hurghada International Airport (HRG) is also 25km away.