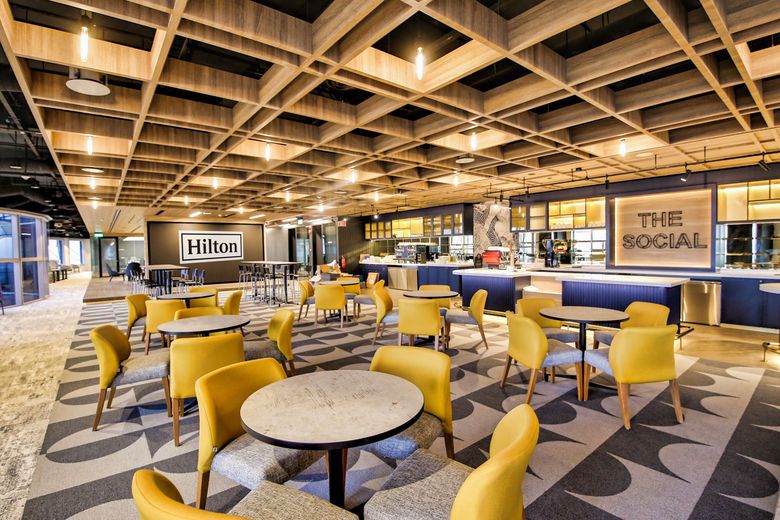 Hilton announced the move to new Asia Pacific headquarters, located at the prestigious Centennial Tower in the heart of the Singapore’s vibrant central business district. The move comes amid a period of rapid growth for the company, which was recently named Asia’s best multinational workplace* and celebrates its 100th anniversary in May 2019.

Having doubled its footprint in Asia Pacific in recent years, Hilton now has more than 750 hotels open and under development in the region and for the first time will open more than 100 hotels a year in 2019. The new custom-designed office space houses members of the company’s growing corporate workforce who are supporting this expansion, across three floors of Centennial Tower.

“We are beginning a brand-new chapter for our company as we enter our 100th year anniversary. With Asia Pacific being increasingly at the forefront in this Golden Age of Travel, our goal continues to be the leading and most hospitable company in the world,” said Alan Watts, president, Asia Pacific, Hilton. “With the move, we are creating a more inspirational and inclusive environment for our Team Members. In line with our momentum of creating a Great Place to Work for all, our office will not just be a place to work, it will be a place we can call home.”

Boasting a futuristic new façade, breath-taking ocean views, spacious communal areas and modern meeting facilities with the latest technology, the prestigious Centennial Tower reflects the aspirations for the fast-growing hospitality brand. Sitting adjacent to Millenia Walk and part of the Millenia Singapore development, transport links and an abundance of shopping and food and beverage outlets are close by. Hilton’s Conrad Centennial Singapore hotel is also located within the same integrated development.

“Pontiac Land has had an established partnership with Hilton for more than twenty years, and are incredibly excited to be extending the relationship further with their move into Centennial Tower. Following the success of the newly renovated Conrad Centennial Singapore and the upcoming celebration of Hilton’s 100th year anniversary, we believe the move signals greater things for Hilton. We warmly welcome the Hilton team to Millenia Singapore,” said Philip Kwee, chief operating officer for Pontiac Land.

From the new headquarters, Hilton manages its five sub regions of Asia Pacific, from India to Japan, China and Australasia. Centennial Tower is also home to the company’s Southeast Asia office.

Having enhanced working environments for its hotel Team Members in recent years, the Singapore office move complements similar moves in other corporate locations, with a brand-new space in Delhi, now located at the premium Horizon Towers office complex opposite the DLF Golf Club.

The new India office has been conceptualised and created to enhance the social collaboration and interaction amongst team members and with guests. The ethos is to provide an environment along with the necessary infrastructure for all team members to thrive, relax as well as enhance their productivity during time spent in office. In addition, Hilton’s corporate offices in Shanghai and Japan have also undergone recent expansion.